Kiev Institute of Business and Technology 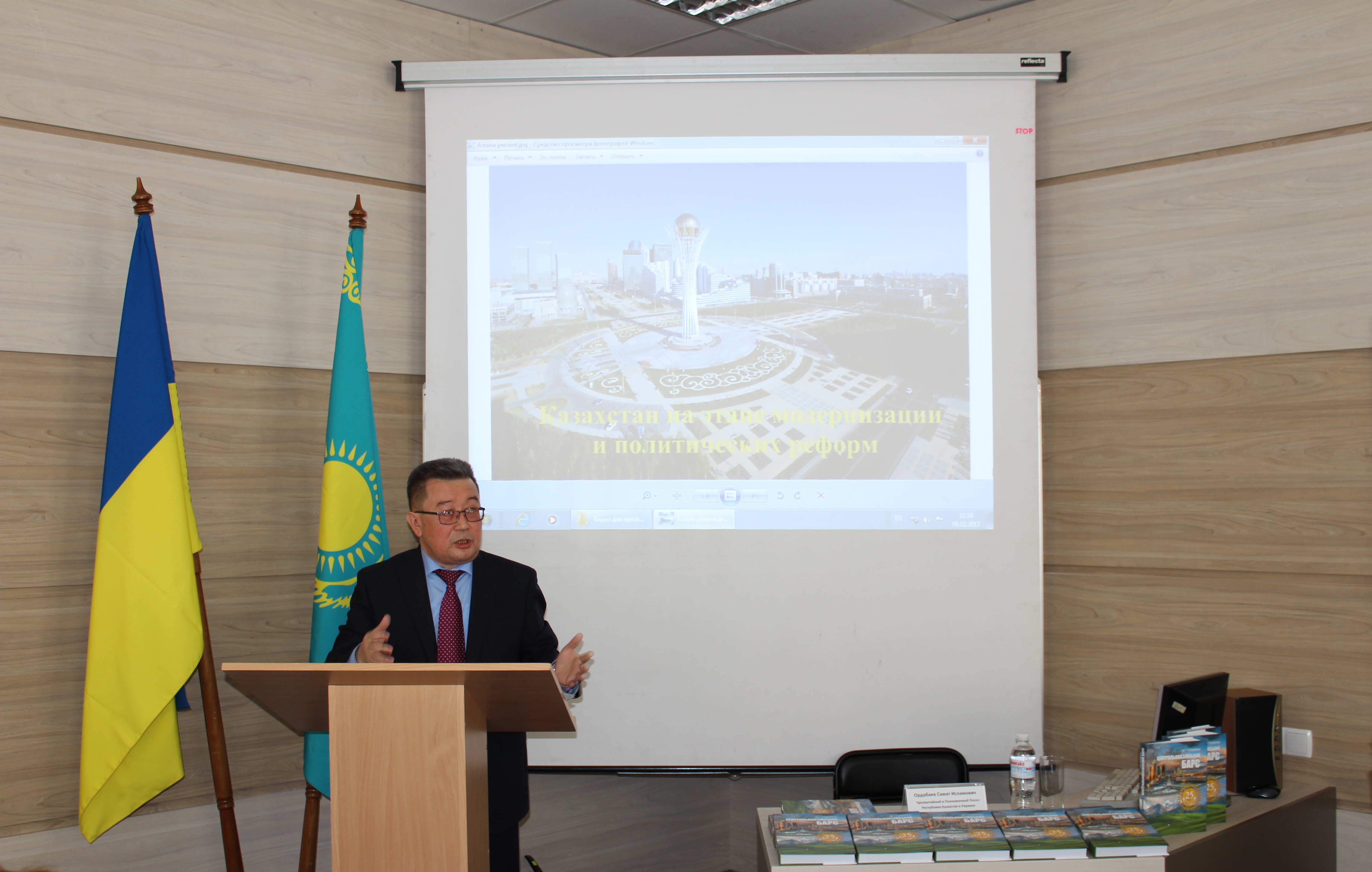 On February 8, 2017 Ambassador Extraordinary and Plenipotentiary of the Republic of Kazakhstan to Ukraine Samat Ordabayev held an open lecture for professors and students of the Kiev Institute of Business and Technology on the topic of “Kazakhstan on the stage of modernization and political reforms”.

In his lecture, head of the diplomatic mission briefed the participants with the key provisions of the address of the President of Kazakhstan N. Nazarbayev on the on the issues of reauthorization of governmental departments and the annual State of the Nation address “Third Modernization of Kazakhstan: global competitiveness.” 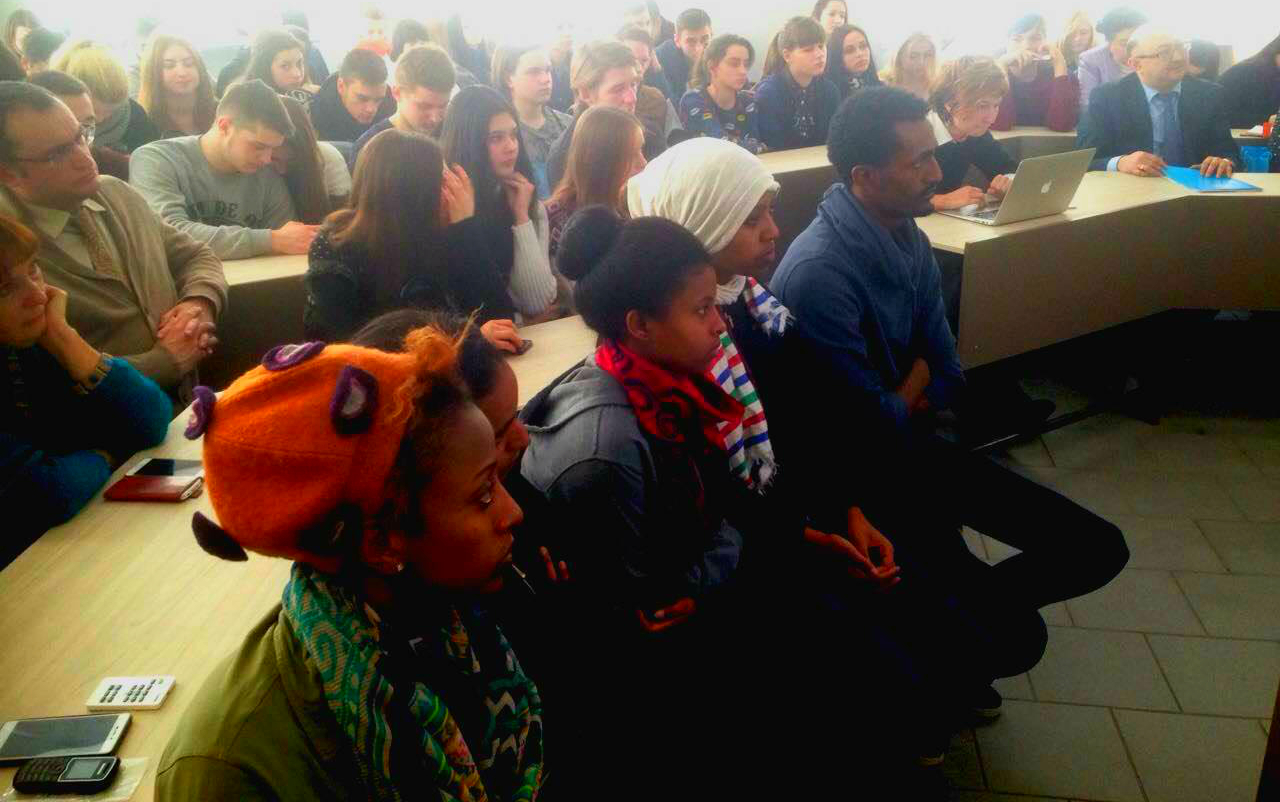 The Ambassador stressed that large-scale reforms in the political and socio-economic spheres aimed at ensuring further progress in the development of Kazakhstan, the adaptation of the system of government and the national economy to the new geopolitical realities. They fully correspond to the strategic goals of Kazakhstan to enter the 30 most competitive countries of the world by 2050 and to the institutional reforms held in the country.

“The world is not standing still, there is a powerful transformation, there are new trends in geopolitics. These conditions require a more efficient, sustainable and modern system of government “, – said Samat Ordabayev. 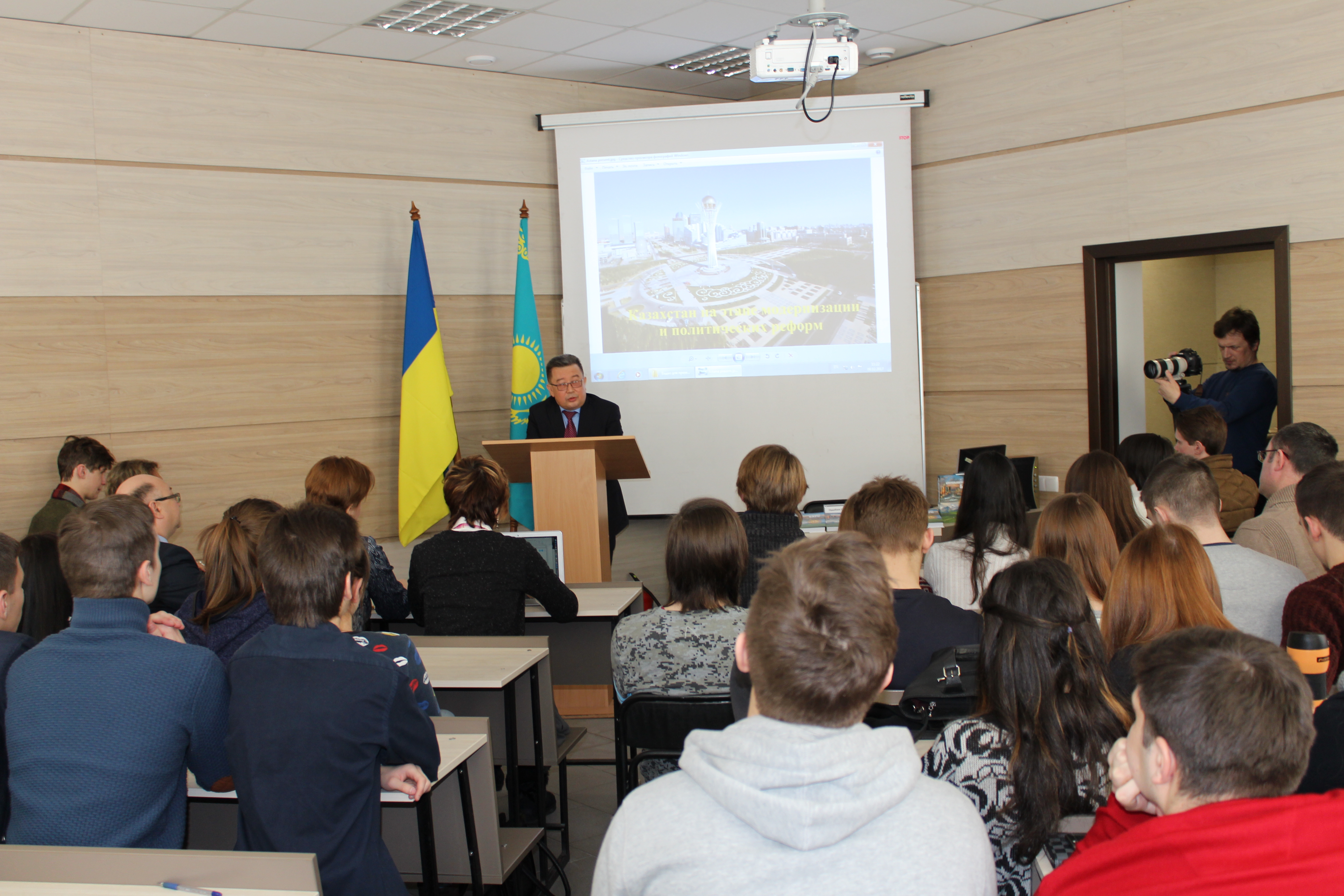 The Kazakh diplomat drew audience attention to the fundamental provisions of State of the Nation address, in which the emphasis is made on five main priorities of the new model of economic growth that will ensure global competitiveness and help to strengthen the country’s position in the new global reality.

The interest of the audience called Kazakhstan’s intention to accelerate the technological renewal and the creation of new promising sectors on the basis of digital technology, the development of transport and logistical infrastructure.
At the end of the lecture the Ambassador gave detailed answers to the questions of students and professors in the field of foreign and domestic policy, the development of export and industrial potential of Kazakhstan and prospects of the Kazakh-Ukrainian relations.

In turn, the head of the Kiev Institute of Business and Technology Elena Yakovleva noted the ongoing development of Kazakhstan and emphasized the leading role of the Kazakh leader in the development of competitive Kazakhstan. She also took the initiative to visit the EXPO-2017 in Astana with a delegation of their Institute. 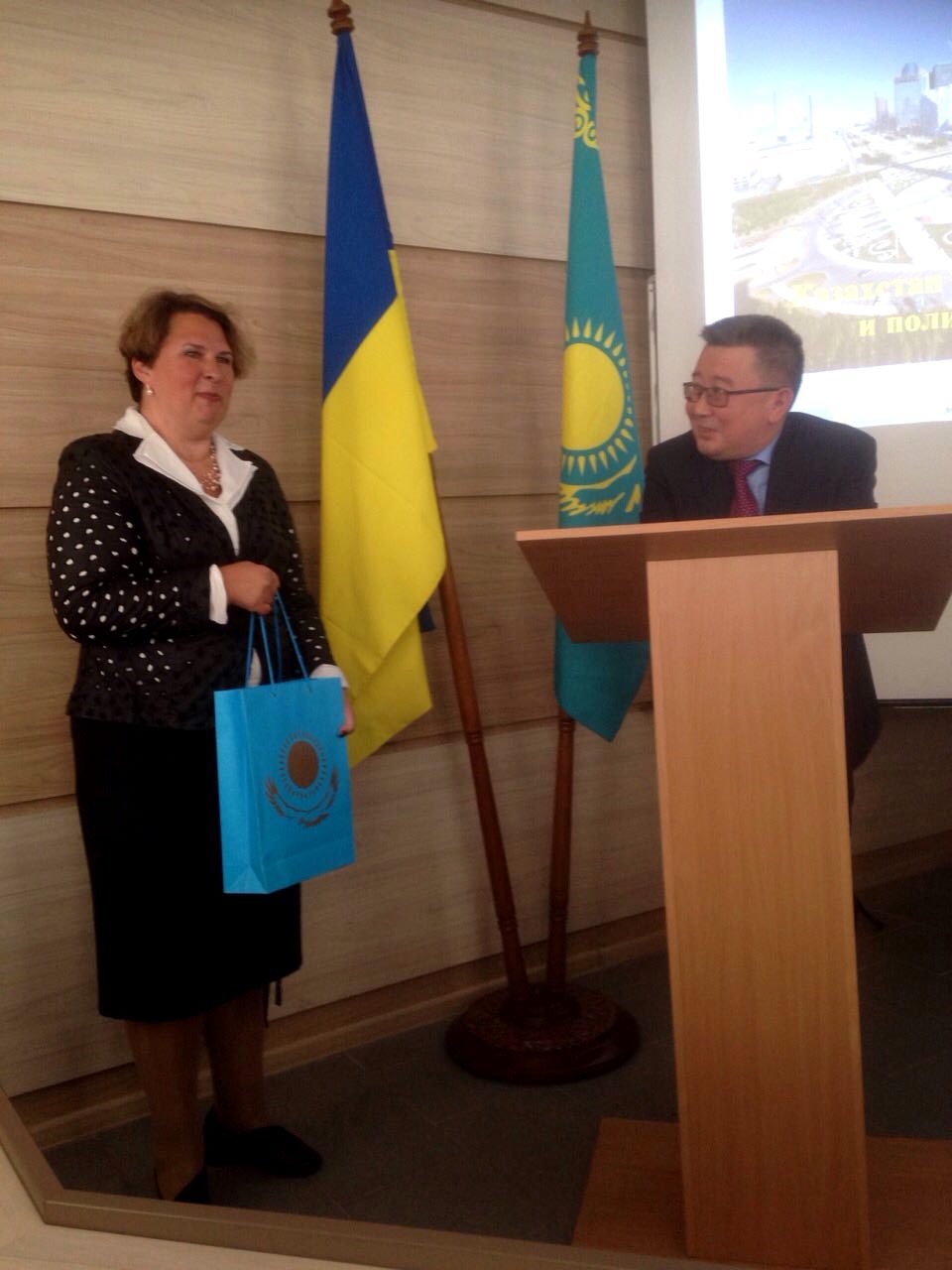